The Ascent and Worship of Winning 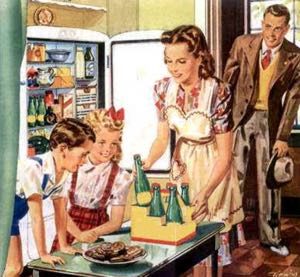 First of all I want to admit that it probably seems odd to choose this title and subject because Winning is so cozied up in our culture that it’s almost become a law of nature. Also, I’m not totally anti, when sport was drug free the glory of ‘first past the post’ was timeless and wonderful. However, considering that the goal of winning was spread largely as a means to promote and reconcile war, I feel it’s domain twisted and turned into a contest to win ‘on appearances’, fought in every shade of grey, hidden in the shadows of everyday life. In another twist  ‘success’ seems now to have a purely financial focus that is played out like a game of Top Trumps. These mutations somehow working together to move people more towards disconnection than belonging, and prompting an increase in dissatisfaction more than happiness. My approach to dismantling winning is to give a historic take on the rise of ‘winning’ and a rundown of some of its dangers, before getting to the nitty-gritty of my own upsetting encounter, to show how ‘winning’, as a aim in life, may no longer fit for purpose.

The 19th century, before and after, saw a world troubled and weary with war. The idea of winning, then, was probably all many people had to hold onto. It promised a celebration and a return to normal. I can see how winning in this way worked as a candy coating on hope; it made widespread emotional, personal and familial loss easier to swallow. And because winning is associated with the success of good over evil, it exists as a perfect vehicle for politicians and people to pin their hopes on. By the 1940’s winning was propelled by Propaganda/ Advertising/ Marketing, ‘Pam’ – in short films.

A decade later, just as Pam had sold society war, she promoted mass-produced stuff ‘custom-made’ for life’s winners. Televisions, cameras and cars went on sale, and with winning and mass media came an entirely new era. So people previously pommeled by hardship, who longed to throw aside subservience and degradation were presented with; shiny objects, anti-depressants, and labour saving devices – including immigration. Explicitly they were being seduced by the idea of a ‘better life’. Implicitly, however, they were being hooked into retail therapy, which enabled competitive purchasing and shop bought princess posing in the face of a brand new under class. And if that wasn’t enough people were medicated so they could forget their discordant feelings and past suffering. Overnight, where once we hoped, almost in the form of a prayer, for our loved one’s recovery and for food and shelter, ‘BAM’, grief and trauma were disparaged and deemed out-of-date. Why cry when you can buy? Sound familiar?

As for those whose place may have suffered under the new throwing aside of subservience and degradation, namely the landed and loaded – they seem to have been amalgamated and rebranded as The (real) Winners. Although for the right kind of person, if they worked hard enough or were ‘lucky’, there were positions-vacant. Can anyone else see the pyramid reward scheme at the centre of this? I’m guessing that ‘Appearances’ had captivated people for centuries, but pandemic, main-stream access to success measured through appearances was new. For many this cocktail was so heady and tempting it even replaced god, because god was lagging behind in the promise of prosperity.

Speaking of god, please forgive me if your hope is still a prayer. A while ago I hoped in this way, ‘let me live in this world’ I recanted, like Dorothy, with her high pitched holding back of tears and the clicking heels of her ruby slippers. Today I share with you my stroll down the yellow brick road; my way to understand how ‘it came to this’. When food targeted at children has no nutrients in because government is too busy being tied up and gagged by big business. When films have no more sub-text than; sex, revenge and shopping are good. When we consistently feel we’ve lost out to a bully, who’s success is celebrated; I longed to find my way home. That’s when I stopped to notice how much winning has emerged as the central player. It’s was when I saw how much winning and success had been misused and miss-sold. If winning is super, marvellous, wonderful why don’t we feel more gratitude for all we have already won? When envy is a goal and its fulfilment only distances us from those whose company we could enjoy, what’s the point?

I can see how we are groomed into this ‘American Dream’. Like that kid in Narnia who was offered Turkish delight by the Ice-Queen, we were persuaded into complying with sugary sweet flattery, on one side, and ice cold disapproval on the other. It’s just a shame that winning in this dream-factory of the future self tramples our individuality and requires us to relinquish our personal power because mass-produced aspirations, like a fox among the pigeons, ruptures our self-expression. Plus, the more hold it has over us the more it ransacks our capacity to stand together as equals. Arggh… People want to recycle plastic bottles, and I get that, but for me the state of the environment tells us more about ourselves than we are giving it credit for. I want to say that, at some point, we might have to begin to understand what is really going on here.

As I see it, aeons of being abandoned to feelings that we had no vocabulary to address might have paved the way for this way of mutation of winning to take hold. Trauma from inhumanity, deprivation, and a legacy of war was hard to counter. Winning took our minds off it, it provided us with a coping-strategy and a kind of amnesia. And… we couldn’t read the fine print, this tiny writing would have told us that this notion of winning cannot: replicate the joy of being close to another human being, or fill your heart with meaning or passion, and it won’t help you be true to yourself or accept your human of frailty. We didn’t know that sibling rivalry, once mass-produced and rolled out in the form of corporate culture, would result in; chronic dissatisfaction, widespread support of competitive antagonism, and depression. Nor did we know that new technologies would cast such a destructive shadow onto the eco-system. Yeah, this is the low point.

Shifting from this system probably requires us to ‘catch ourselves at it’ and become unhappy, before we can do the dirty work of addressing things. However, ‘drum roll’ the most incredible thing is happening…

In order to date the argument above, I thought I’d offer you these wiki quotes: The major difference between Machiavelli and the Socratics, is Machiavelli’s materialism… Machiavelli was self-consciously a “teacher of evil,” since he counsels … to avoid the values of justice, mercy, temperance, wisdom, and love … Italian anti-fascist philosopher Benedetto Croce (1925) concludes Machiavelli is simply a “realist” or “pragmatist” who accurately states that moral values in reality do not greatly affect the decisions that political leaders make.