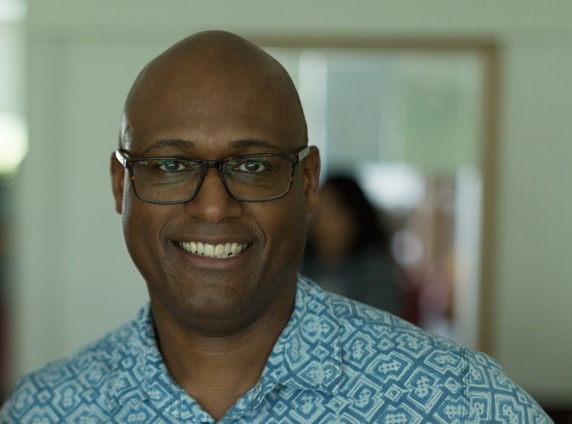 Who we are and who we serve

We are the UK’s largest independent organisation to specialise in working psychologically, informed by an understanding of intersectionality, with people who identify as Black, African, South Asian and Caribbean. Our primary focus and area of expertise is to support people from these heritages. However, we are open to other People of Colour who are affected by prejudice due to the colour of their skin and global white power.

One of the primary aims of BAATN is to address the inequality of access to appropriate psychological services for Black, African, South Asian and Caribbean people, which is a well-recognised reality¹. Part of the solution to addressing this inequality of access is through the provision of events and training for our members, the entire therapy community and the wider public. We acknowledge the enormity of this task; therefore we actively seek partnerships with white majority therapy and training organisations that recognise racism, and the importance of undoing the impact of racism, as an essential part of being mentally healthy. We also seek to work in partnership with other minority groups who experience global and institutional oppression.

Our overall goal is the individual and collective processing of our inner experiences for the benefit of ours and other communities, and to give a voice to a ‘black empathic approach’² in therapy and therapy education. As a body, we seek to influence the integration of this approach into mainstream psychotherapy training, literature and practice. We also encourage other organisations to work with us and support our work.

Our membership comprises mostly of counsellors, psychotherapists and psychologists of Black, African, South Asian and Caribbean heritages of various theoretical orientations. However, there are also many members of BAATN who do not identify as being from these heritages though are interested in supporting us in achieving our aims. Become a member

We have an online directory of therapists who are self-selected, experienced and qualified. They represent a range of different theoretical orientations and specialisms and are experienced in working with the distinctive African, Caribbean and South Asian experience.

BAATN offers Practitioner Spaces, which are healing and learning spaces for therapists and others in the helping professions. There are Practitioner Spaces specifically for those of Black, African, South Asian Caribbean and People of Colour heritages as well as events for therapists of all heritages. BAATN also offers healing and learning spaces for members of the public who want to benefit from the knowledge and expertise of the network and who want to engage proactively and consciously in their psychological lives. These events are called ‘BAATN Community Spaces’.

BAATN is a Social Enterprise, which means that all profits are reinvested. BAATN is run mostly by volunteers and survives through membership fees, donations and crowdfunding.

² Dr Isha McKenzie-Mavinga has coined the term “A black empathic approach” (Mavinga 2009). She talks about this approach as understanding and paying attention to the emotions evoked by racism. Drawing on the humanistic concept of empathy, offering a response that specifically and sensitively relates to a client’s racial and cultural experiences as they express them and as the therapist intuitively recognises them. ‘A black empathic approach’ points us towards a connection to feelings about difference and sameness, and a shared understanding of racism.

You can help promote BAATN to friends, colleagues, GP’s, therapy providers, theraputic institutions and anyone else who might be interested.

You can download flyers or have them posted to you here.

Members of BAATN have signed up to the following values statement:

BAATN started as “Black and Asian Therapists Online” in 2003 with funding from an organisation called Unltd, an organisation that supports social entrepreneurs. At this point BAATN was an online register of black and Asian therapists. In 2006 the first conference took place and there have been yearly conferences since. On 29 June 2010 BAATN was registered as a not-for-profit company. At this point the need to support students into the profession became more apparent and the student support groups and eventually the mentoring project was established.

The Leadership Team are experienced and influential in the field of Psychotherapy, Counselling and self-development. They bring their expertise and insight into supporting the general aims of the network and bring their influence to make things happen. 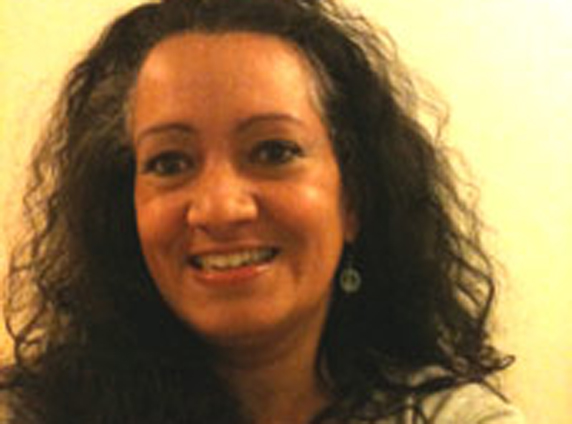 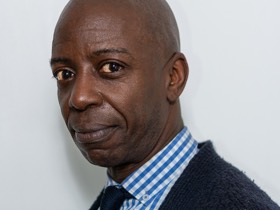 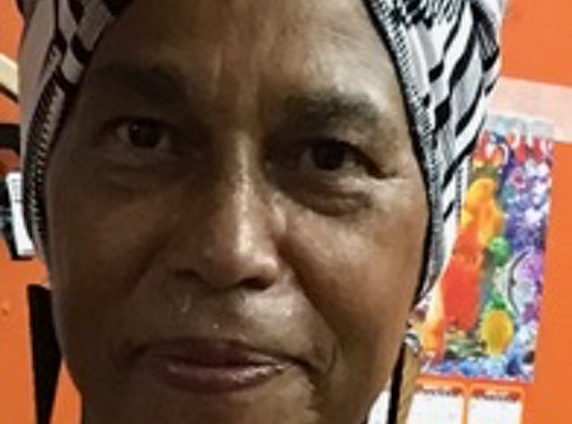 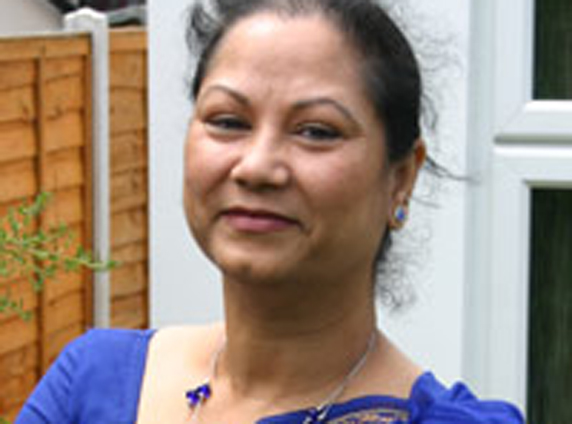 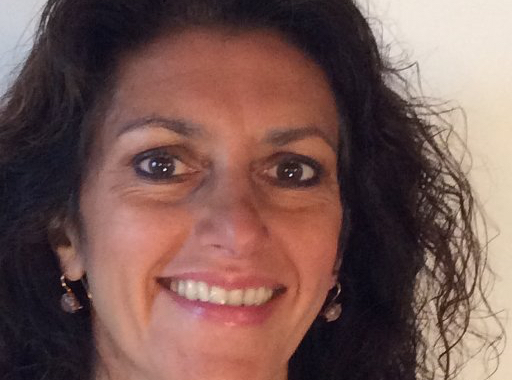 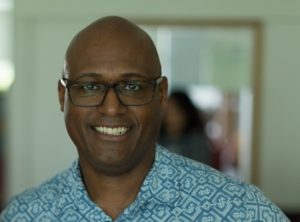 Most of BAATN’s activites take place in london or online. The Midlands Lead Team and the South West Lead team aim to create environments that support the therapy profession to work with the impact of race on identity and mental health in their respective areas of the UK.

OUR VISION, MISSION, VALUES AND BELIEFS

To ensure people of Black, African, South Asian, Caribbean and People of Colour to have the resources available to them through which they can psychologically liberate themselves and live their lives more fully according to their ideals.

Core Ideology – What we believe and what guides us

Core Values – How our members interact with each other and with those outside of the network.

Which communities does BAATN serve?

Our primary focus and area of expertise is to support people from these heritages. However, we are open to other people of colour who are affected by prejudice due to the colour of their skin and global white power.

Why do you use the term ‘Black’?

BAATN’s underlying principles are the notions of ‘ease of access’ and engagement. There were many alternative names to call the network, but it was finally decided that the term ‘Black’ would be used as it is the most commonly used term to describe indigenous peoples from the African continent and the Caribbean. Even if you do not identify with the term, you immediately understand its meaning. There are no particular attachments to the term ‘Black’ beyond its ease of understanding.

The term ‘Black’ for BAATN is a political and sociological term, identifying people who have been most vulnerable to the oppression of White racism owing to differences in skin colour.

Whatever term is used for the network, be it Black or African or DoEAs (Decedents of Enslaved Africans), these terms either represent a constructive liberation of power and motive force from within the group, for the benefit of the group, or as a target for destructive use of power upon the group and the development of a victim mentality. The meaning for BAATN in this context is the former.

Why does BAATN have internal separate groups for therapists from Black, African, South Asian, Caribbean and People of Colour heritages?

There are many differences between the African, Caribbean and South Asian cultures, but what unites them is the over-representation of these groups in the psychiatric end of the mental health system and the misunderstanding and misdiagnosis of these groups by the psychiatric establishment in general. It is argued that there are many other groups that are misunderstood by psychiatry; however, studies have shown that it is disproportionate towards Black, African, South Asian and Caribbean people in the most restrictive parts of the Mental Health Service, including secure services. Further, the same also have an overwhelmingly negative experience of mental health services, which prevents them from accessing the primary care and specialist community services that might prevent or lessen their mental health problems.

The basic problem is a lack of understanding of Black, African, South Asian and Caribbean people’s hurt. Multiculturalism promotes tolerance but what it does not promote is empathy. Empathy is, of course, difficult to measure but very easy to experience or ignore. Racism plays a big part here of course, especially as it tends to shut down the thinking processes of people who ordinarily are very accomplished thinkers.

The Practitioner Spaces and Community Spaces were created as a path to affect change in these areas. There are no fixed and defined pathways for change, but BAATN anticipates that over time significant positive, motive and inspirational forces will develop within a ‘secure vessel’. From this position, the wider therapeutic and psychiatric profession may engage more liberally with conversation and literature that embodies what Isha McKenzie-Mavinga calls a ‘Black empathic approach’ (Mavinga 2009) [add link to emphatic approach above] for the ultimate benefit of the Black, African, Asian and Caribbean communities that we are all a part of.

How do I decide if I can be part of these groups for therapists of African, South Asian and Caribbean heritage?

In any context, when group parameters are defined, there will always be areas of definition that are grey and uncertain. This will, in turn, create confusion for some individuals who might feel unsure about where they fit. Hopefully, the following will clarify who these groups are for.

The BAATN Practitioner Spaces are for people who have a Black, African, South Asian, Caribbean and People of Colour heritage who have been adversely impacted by (White) racism. There is a strong element of self-definition when deciding to attend one of these gatherings, and it is important to know that those facilitating any one of these gatherings will have the above parameters as a primary focus. Therapist Connect Gatherings are also open to others who feel that they are affected by prejudice due to the colour of their skin and White racism.

Who facilitates the gatherings?

There are a number of facilitators for BAATN workshops and training sessions. All facilitators are qualified psychotherapists, counsellors or psychologists and affiliated to a professional association. Facilitators have also signed up to BAATN’s Core Values statement and our Vision and Mission Statement.

Why did the network change its name?

We acknowledge that no network name will entirely satisfy everyone in our diaspora. However, the name change emanated from discussions held by BAATN’s Leadership Team which felt that, as well as the term Black in the network title, which is a political term, there was a need to respect and take into account a sense of place for Black people of both African and South Asian heritage, hence the addition of the word African.

The word ‘therapist’ was changed to the word ‘therapy’ to emphasise an additional focus of BAATN’s work that points towards our communities as well as ourselves as practitioners. It should be noted that the ongoing support for therapists and therapy students, which have been taking place over the last 10 years, will remain the same. In addition, we will be developing events for members of the general public who identify as Black, African, South Asian, Caribbean or Person of Colour, to support them to engage with their psychological lives.

I came into therapy as part of my emancipation from internal oppression, as a consequence of my personal experiences and as a result of living in a racialised world. Many of the therapists who are part of this network have been through a similar process themselves and are passionate about inspiring and energising those that want to do the same.

Eugene trained as an Integrative Arts psychotherapist, which is a powerful way of facilitating self-healing through the use of metaphor and the imagination. He has a private practice in London, offering psychotherapy to individuals, as well as adoption support, supervision and training.

He has worked for many years with severely traumatised children and their families in the field of adoption and fostering and has a particular interest in body orientated therapies including Sensorimotor Psychotherapy, Somatic Experiencing, Metallisation and Mindfulness approaches. Eugene also facilitates dialogues around race and culture as it relates to the body within organisations and in psychotherapy trainings.

How I Became a Therapist. Therapy Today.May 2013

Why Strong Black People Do Go To Counselling. The voice newspaper. November 8 – 14, 2012

Towards a Rainbow-Coloured Therapeutic Community: Psychotherapy and Politics International. 9(3): 188–193 (2011)