I am a psychotherapist in the UK. What’s happening with black empathy in the wider social consciousness and in ordinary everyday life? Looking at the news media and going about my business as an individual, black empathy is seriously lacking.

It might be there lurking under the surface of things and not wanting to reveal itself in all it’s glory for fear of something happening to push it back in again, or there might not be that much of it to start of with. And what about white empathy?

Alton Sterling was shot early in the morning of Tuesday, July 5. According to officials and reports of the incident, a homeless man called 911 to report that he’d repeatedly asked a man who was selling CDs and wearing a red sweatshirt for money and, after saying ‘no,’ the man brandished a gun. After Baton Rouge police responded, officials say, they found Sterling selling CDs and got into an altercation with him, hitting him with a Taser and wrestling him to the ground. During the struggle, Sterling was shot. Two videos captured the final 45 seconds or so of the incident, including part of the shooting. 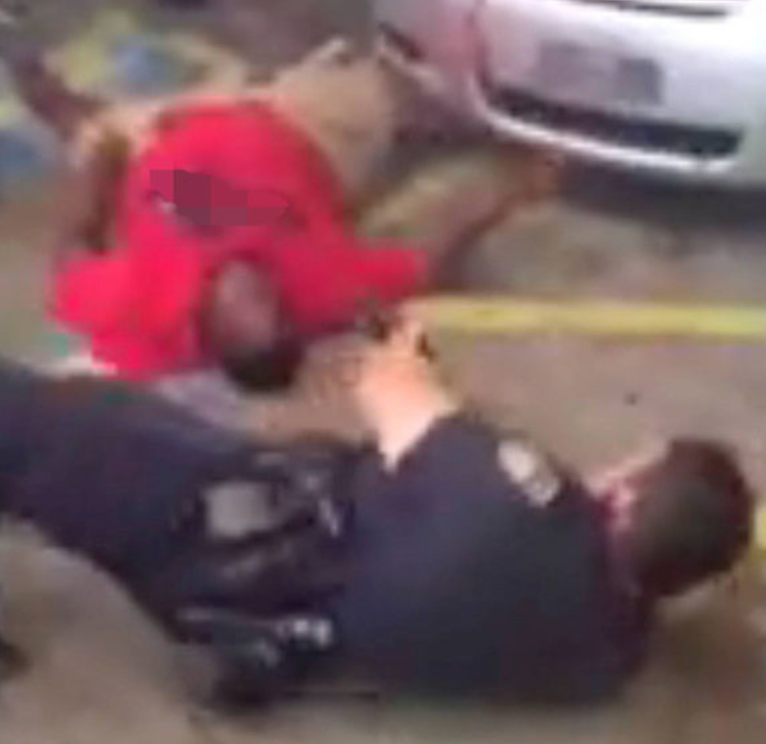 The shooting being captured on film

The narrative that race was not part of this, which is all too familiar around these issues, would most likely have continued if it weren’t for the smart phone and social media. Thank God for the smart phone. Watching the news coverage of this incident and the subsequent shootings of police officers in Baton Rouge  I am rendered numb as I’m sure others are. These killings are extremely challenging and complicated to talk about for all kinds of reasons. It’s not just these shootings that are evoked; it’s the many shootings previous to this, the statistics around black peoples’ lower rate of life chances (black men in particular) and also what could be described as everyday micro aggressions, which happen in black people’s lives all the time.

As a psychotherapist thinking about these issues, what is foremost in my mind is not so much the extreme examples of ‘them and us thinking’ but the ordinary everyday racial biases which accumulate over time and leave us all a little bit more numb. This numbness increases as we watch the extreme edges of this bias moving into hatred and non-empathy for the other side of the black/white divide.

A massive challenge for society, including the news media and those tasked with looking after the mental health of the population, is staying with the experience of black people’s hurt that comes from having to deal with race oppression and the impact of white privilege. The conversation itself is a difficult one; even between those we might call our friends or colleagues. There is something powerful that gets evoked within us when we evoke race.

99% of the time when talking about these issues, or when we are forced to have these conversations about the black-and-white divide, things invariably get organised through a lens where white empathy is the focus. The “I’m not a racist” stance.

When talking about Brexit for example or about these killings in the US, we are aware of the high likelihood that this conversation could seriously disrupt the relationship. What we previously might have thought were solid relationships can become fractious as the issues are seen through the white empathy lens and empathy for the black experience is either unexamined and unknown or actively pushed away.

With the Black Lives Matters campaign, there are countless arguments and articles arguing against it. Some arguments say; “are you saying only black lives matter?” or “don’t all lives matter?” These types of arguments are pointing towards the lens of white empathy. Even though a white empathy lens is a given in the wider conversation about race, there is still an annoyed insistence that white empathy remain the focus or at the very least be side-by-side.

In counselling and psychotherapy this white empathy lens is all around. It’s in the theory and evident in the training (as many students I have spoken to will attest) and it’s evident in the community of the people that it treats. Dr Isha McKenzie-Mavinga has coined a term she calls “A black empathic approach”. She talks about this approach as paying attention to the cultural influences of racism and keeping in mind the bias towards a white empathic approach. For many people there is a capacity to connect with a black person’s other life experiences but they cannot connect with a black person’s experience of being black without racial bias getting in the way.

Having the race conversation is a big first step to addressing race inequality. A conversation that stays focused on the issues of hurt that arise out of racism for black people is the very basic first step. Can’t we have these conversations without being forced to have them when someone gets killed?

Psychotherapist and Founder of the Black and Asian Therapist Network