Race Discrimination Remains A №1 Problem In The USA 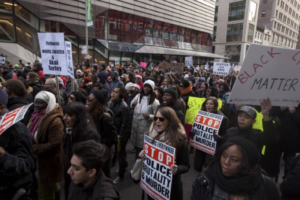 The racial policy of the United States has long historical roots. It all started with the oppression of the indigenous people of America – the Indians: persecution, massacres, infection with smallpox and the creation of reservations, in which people were kept like cattle. It gets worse and worse as it goes on: slavery. Black inhabitants of the African continent began to be brought to America as slaves.

As is known, slavery was legislatively abolished in 1883. It seems that the formalities are settled, African Americans have become US citizens, but not everything is so simple. The rejection of the country’s white population remains, as is the idea of racial superiority. Restrictions for blacks were everywhere: in education, employment, choosing a place of residence.

What has changed in the 20th century? Not much judging from the fact that in 1995, the leader of the organization of black Muslims, the Nation of Islam, L. Farrakhan, with supporters of the so-called “Million Black Black Men ‘s March” to Washington, protesting against US social policy. The election of Barack Obama as president of the United States also did not solve the problem, only aggravated.

And here we go again, as reported, the US is experiencing social upheavals associated with discrimination against the black population of the country. Ferguson has already become a household name. A new form of racism – police racism – is once again taking people to the streets with demands for expanding civil rights, reforming the justice system and eliminating socioeconomic inequalities.

The American police have been transformed into a kind of a monster, a pretty much-criminalized structure, whose representatives receive a license to kill in advance. Shooting unarmed people, including children and teenagers, beating pregnant women, shooting people with disabilities, and other “cute pranks” of American cops – this is the norm for the United States.

Violence against the weak, indifference to the suffering of people, has led to the abuse of power by law enforcement officers. The legal system is rot through. Why they release police killers? Because the juries do not find them guilty and render acquittal verdicts. This is how the cops get indulgences for the murders committed, firmly convinced that the law is on their side.

The law on racial discrimination in the United States did not eliminate inequality but merely stated racial differences. In addition, the problem remained in the minds of people still dividing the world into slave owners and slaves, which is confirmed by data published by UN experts last year.

«Committee members (on the Elimination of Racial Discrimination) stated that in the United States such inhuman methods are used as testing drugs for prisoners, mostly black, forcing sterilization of minority women in prisons, and numerous cases of people of colour being abused by police».

State ideology in the United States has not changed. The adoption of laws that equalize the black population of the country in their rights with whites is simply a kind of cosmetic procedure that hides the actual state of things. Racism continues to exist.
Police abuse simply reflects the position of the official US authorities, who do not want to solve this problem and do not accept the idea of equality of all citizens, regardless of the colour of their skin. The cleavage of society is inevitable. It is truly said, that «the devil is in the detail». 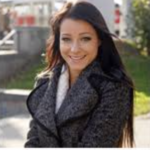 About the author: Melisa Marzett is a freelancer writing guest articles. She has also been a ballerina when she was a child. There are three things Melisa wanted to do back in the day. She wanted to write horror stories, to become a fashion designer and a vet. She kept the love for Stephen King`s books, has a passion for fashion for a lifetime and has a big fat cat called Timothy or Tim for short. She does her best working for check online rewriting service, loves autumn and enjoys travelling.