Modern Slavery of African Migrants: How Young People Flee from Poverty to Subjugation

Olusegun is a political and lifestyle writer with a deep passion for equity, fairness and justice. The majority of his work revolves around spreading awareness about the harsh sociopolitical realities confronting the African society.

There has been a surge in international migration in the past decade, especially among African youths. For most African migrants, the search for greener pastures tops the list of motivations for moving abroad. This is understandable given the recently heightened natural and humanitarian crises on the continent. Unfortunately, in their quest for a better life, many have fled from hardship to excruciating servitude. The 2018 Global Slavery Index shows that around 40.3 million people were living in modern slavery in 2016.

The data estimated the prevalence of modern slavery in 167 countries across the world, using various criteria, such as level of servitude from country to country and government efforts in ending the menace. Regionally, Africa has the highest prevalence, with 7.6 victims per 1,000 people. While this is worrisome enough, more disturbing is that many African migrants are also modern slavery victims within and outside the continent.

Libya has been a breeding ground for slavery where many African migrants are captured, maltreated and sold in an open market. A 2017 report shows that between 400,000 and 1 million migrants were trapped in the North African country and daily experienced the worst forms of inhumane treatments in the hands of their captors.

Due to its proximity to the Sahara Desert and the Mediterranean Sea, Libya serves as a getaway point for many Africans who seek to reach Europe illegally by land or sea. To human-trafficking syndicates, the country is one of Africa’s best locations for perfecting their organized crime. They work with agents in many countries who enlist desperate travellers for the dangerous journey. They capitalize on the sheer ignorance, poverty, and desperation of these young men and women to lure them. The travellers pay the agreed price to their agents, who usually assure them of a safe journey to Europe and El Dorado living conditions at their final destinations. Sometimes, the arrangement includes a promise of a high-paying job and other incentives.

Sadly, many don’t make it beyond Libya. They are trapped in the Arab country for various reasons, which may include the inability to pay more to complete the journey. These unlucky ones are either detained in private prisons experiencing everyday torture and starvation, or sold in the open slavery market, where some are auctioned for as low as $400. Once off the “market”, the sold migrants are at the mercy of their slave masters, who often subject them to various kinds of human rights abuse, including beating and starvation. And the detention centres, rape, murder, robbery, and life-threatening hunger are daily experiences. Those who die from torture, hunger and poor health are thrown into the desert. Sadly, despite the backlash from international communities, Libya still remains a hub for migrant slavery to date, as more people still explore the dangerous route.

Those who make it out of Libya have several hurdles ahead of them on the boat ride to Europe. Extreme cold, wind, waves and hunger have killed many people. Between 2013 and 2017, over 3,000 refugees died annually attempting the journey, with 2016 seeing the highest in recent memory, having 5,413 deaths. In 2018, 2019, and 2020, the fatalities recorded were 2,299, 1,885, 1417, according to Statista. And since the beginning of the year, over 200 people have reportedly died on the journey. In most of these years, the route accounts for the largest deaths and missing cases of people who migrated.

For those who make it to Europe, Italy is usually the first destination. This is when reality begins to dawn on many of them as the promised lucrative jobs are not forthcoming. Rather than a good job, they are introduced to prostitution, drug peddling and hard labour.

While some remain in Italy, some move to other parts of Europe. Between 2016 and 2019, an estimated 80% of 20,000 Nigerian women who crossed the Mediterranean Sea to Europe ended up in prostitution. Their traffickers sometimes seize their passports to prevent an attempt to escape. In Germany, where organized prostitution is legal, a good number of sex workers there are Africans. Apart from Europe, prostitution syndicates also lure their victims to other locations, including the Americas and the Middle East.

Some African migrants also slave under drug trafficking syndicates. Much like prostitution, drug peddling is also an organized crime. The ringleaders sometimes have a legal business to cover for their deals. They lure their unsuspecting and desperate victims into the illicit business after promising them a good life. Many of these drug pushers ended up in prisons abroad. For instances, hundreds of Nigerians are serving jail time abroad for drug-related offences, including scores of them on death row in countries where the crime attracts capital punishment.

Forced labour is another form of modern slavery African migrants abroad undergo. For example, in preparation for the 2022 World Cup, Qatar has witnessed a surge of migrant workers who labour rigorously in construction sites for stadiums and other infrastructures. Though the figure is mostly made of Asian migrants, many African youths are among the workers. A Kenyan migrant described the experience he and his workmates undergo every day as miserable. This includes sleeping in overcrowded rooms with no beds, and filthy insect-infected mattresses and duvets.

At work, some of them stand for 12 hours a day and labour round the clock without a weekend rest or a day off, and sometimes salaries are delayed for months. The resultant effects include mental and physical health breakdowns, which have led to untimely deaths of many young African migrants abroad. Some become frustrated and commit suicide. According to a Ugandan lawmaker, no less than 35 Ugandans have recently died by suicide in UAE, including the 36-year old who jumped in front of a moving train. Many of these deaths are traced to frustrations from hard labour and poor living conditions.

It is worth noting, however, that not all African migrants slaving abroad came through illegal routes. Some still end up in servitude despite fulfilling all the lawful requirements for the country they migrated to. Other factors include unrealistic expectations, lack of marketable skills, and inadequate travel plans. All these contribute to the growing rate of servitude among African migrants.

Sadly, there seems to be no end in sight to the challenge. Despite the risk, many African youths remain adamant to escape the hard daily life experienced in their home countries. And as hyperbolic as this may sound, the Sahara Desert-Mediterranean Sea route is an attractive option for many young people. For those stuck in slavery abroad, returning home is also not an option. Many have lost every sense of belonging to their home country due to the growing armed conflicts, poverty, and unemployment. This makes the situation dicey and worrisome. The onus is, therefore, on African leaders to tackle the underlying factors head-on. This will significantly reduce the urge for desperate migration leading to untimely deaths and slavery among African youths. 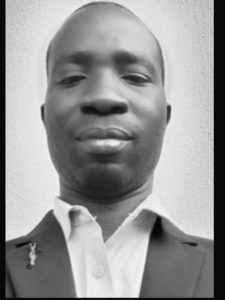 Olusegun Akinfenwa is a political correspondent for Immigration News, a news organization affiliated with Immigration Advice Service (IAS). IAS is a leading U.K. immigration law firm that helps people immigrate and settle in the U.K.