Ending the practice of ‘conversion therapy’ in the UK 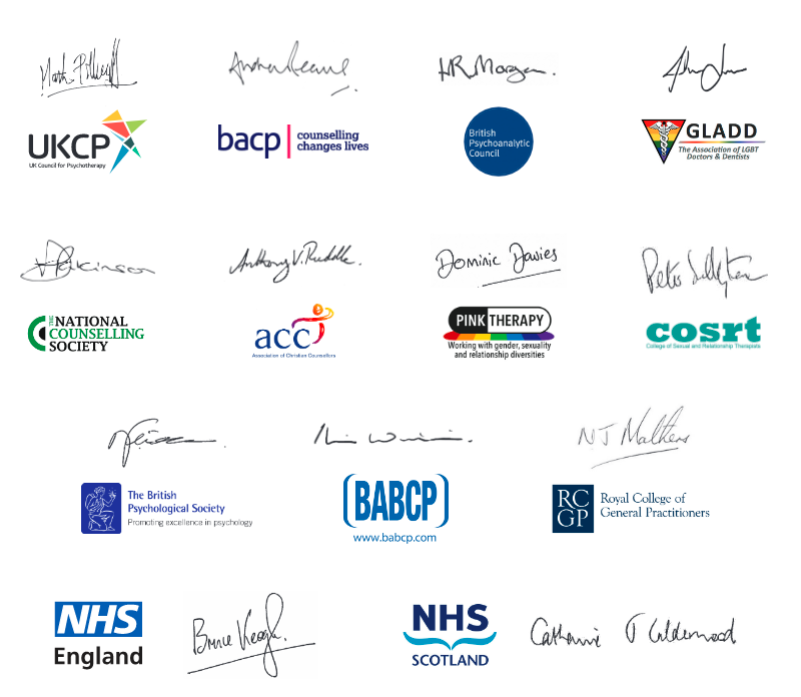 An updated memorandum of understanding (MoU) against conversion therapy has been launched today, which makes it clear that conversion therapy in relation to gender identity and sexual orientation (including asexuality) is unethical, potentially harmful and is not supported by evidence.

Conversion therapy is the term for therapy that assumes certain sexual orientations or gender identities are inferior to others, and seeks to change or suppress them on that basis.

The primary purpose of the 2017 MoU is the protection of the public through a commitment to ending the practice of ‘conversion therapy’ in the UK. The 2017 MoU updates one released in 2015 at the Department of Health, which focused exclusively on sexual orientation, and is endorsed by the lesbian, gay, bisexual and transgender charity Stonewall.

The MoU also intends to ensure that:

Sexual orientations and gender identities are not mental health disorders, although exclusion, stigma and prejudice may precipitate mental health issues for any person subjected to these abuses. Anyone accessing therapeutic help should be able to do so without fear of judgement or the threat of being pressured to change a fundamental aspect of who they are.

The Memorandum of Understanding on Conversion therapy is signed by: