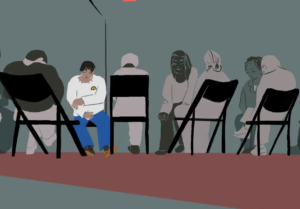 BAATN welcomes the survey by the Royal College of Psychiatrists highlighting the hostile environment for GSRD identified people, particularly those of colour. This comes in the wake of the reversal by the Government on the inclusion of transgendered people in the ban on the reprehensible practice of so-called ‘conversion therapy’. Such actions cause severe harm and damage to mental health and well-being and BAATN calls on Government to reverse their decision as a matter of urgency.

We also support Patrick Ogunmuyiwa’s paper in relation to the conversion practice consultation currently being undertaken by the English and Scottish governments.

“Because conversion practices are disproportionately prevalent in ethnic minority communities, to ensure effective legislative development, it is essential the government includes representatives from a diverse range of LGBTQIA+ ethnic and religious representatives in its team. Particularly from Black, and brown communities. Also, the research needs to be conducted to identify the hidden burdens on LGBTQIA+ black and brown heritage people and how best to address these from a legislative and public health perspective”